A Murder Is Announced – Agatha Christie one sheet poster Paul Conroy and the Newton Country Players are teamed up to produce A Murder is Announced, and asked me to create my second Agatha Christie photo illustration of the year. (The first was And Then There Were None.)

Due to production schedules, and the fact that we were creating the poster before they had even done auditions, we decided to do a table top scene from one of the first few scenes in the production.

After discussing sketches and concepts over email, we did some prop shopping and set up a composite shot, complete with a smoke machine for ambience in my little studio in Dedham, MA.

The completed layout was distributed as a poster, postcard and on various web sites around the region. 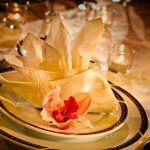 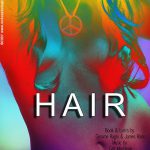 He who stops advertising…