Her essay from the book:

Having heard interesting stories about the about the Footlight Club, I was anxious when I auditioned in 1980 and very pleased when they called to ask me to take the lead role as Julia Cavendish in The Royal Family.

It was great to be working with a theatre group that had its own theatre.

It did not matter that we had to wear coats and gloves to rehearse in a freezing theatre with snow coming in through the roof of the stage. That the stage dressing rooms were about to be condemned because the back of building was falling down. That there was one toilet for the men and one for the women in the lobby. At times there were no more than 25 people in the audience. I was hooked.

Immediately I became a member and soon joined the Board of Directors.

I have produced, worked on sets, swept floors, cleaned toilets, etc. I have been President, Vice President and was Chair of the Trustees of Eliot Hall, reactivated, to restore and save this wonderful building. Some of my best acting has been on the Stage at The Footlight Club. 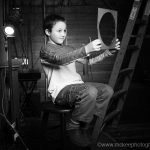 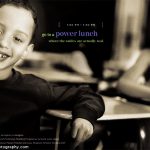