How a Professional Photographer would shoot it… The shoot brief was simple and dramatic: set up the product and shoot sparks over it for dramatic.

I have commented before about “simple” and photoshoot and how they generally do not exist in the same sentence. But, here is an example where things really got out of hand.

It took a little thought about how to get the sparks to fly in the right direction. Because of the direction of the spinning disk on the tool, we had to rethink the layout of the shot and actually flip it. Otherwise, the sparks shot into the background and were lost to the camera. Ah, reality vs scribbled layouts.

Once we got that part figured and adjusted the shutter to get the maximum sparks, it was just a matter of doing it over and over until the sparks looked just right.

This was one of those attempts where the machine slipped and shot a shower of sparks straight back at the lens… and photographer!

After the shot was done, we carefully cleaned the camera and lens and realized that the UV filter we put on the lens had actually melted. There were pinpoint black marks all over it where the sparks had hit the filter and melted into it.

How To...
Related Posts 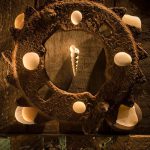 Found on the Beach Photo Series Hangs at Calderwood Pavillion 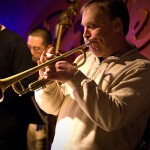