And Then, Fine Art Photography

UPDATE: Due to several new projects planned for next year, I need to make some space at the studio. So, I have some cool show specials on Limited Edition Prints and Show posters. Come on down and check it out!

If you happened to miss the Revolver Reception during First Thursdays at Uforge Gallery, and you couldn’t make it to the Open House on September 18th during Hyde Park Open Studios, then this is the show to get you off of your couch.

There are over 200 artists in 60-plus locations all over Jamaica Plain (I am at the Footlight Club) with more art than you can shake a stick at.

We got maps, bike tours and an iPhone app (www.jpopenstudios.com). Plus, two days in the middle of the New England autumn.

JP Open Studios, you know you want it.

You can find me at The Footlight Club, 7A Eliot Street, JP. 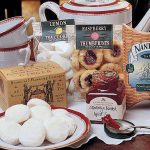 Photography for the Start(Up) … Your Product, Their Home (office, whatever) 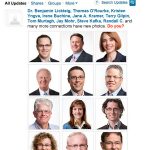 How to Strategize Headshots and Your Personal Brand