Life is a Cabaret, Ole Chum! The Poster I remember being in the musical Cabaret in high school. I remember there being some sort of controversy about it. I was some bit part.

Mostly, I remember being 14 & watching the senior girls running around in frilly things & thinking the things that a 14 year old boy would when confronted with older women in under clothing.

A couple of years ago, I finally got a chance to see the production put on in Needham. A friend of mine was directing & asked me to shoot some photographs for the poster. In return, my wife & I got to see the play. I was surprised!

For those of you who haven’t seen it, there is a lot more to it than girls & guys in underwear. In fact, it is a pretty powerful piece about people putting blinders on to further their own ambitions & the mistakes that happen. As it takes place in pre-WWII Germany, you can imagine that it is not a comedy.

The musical is being put on again, by another friend of mine, Richard Repetta. I may be biased, but I highly recommend that you put this on your schedule to go see, featuring the Wellesely Players 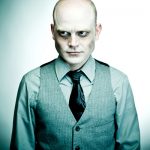 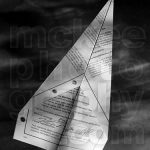 Is Your Confidential Data Flying Away? Stock shoot