Our first Mondays at Matt’s headshot clinic wrapped up smoothly. And, as I was going through the images to deliver the top pics to the participants, I just had to crow a bit.

The event certainly lived up to its moniker of “Not Yer Daddy’s Headshots”. Not a gray seamless to be found and the only brick wall was the ledge where we kept some soft drinks.

The picture here is one of a couple we picked out from Mark Bourbeau’s session. I met him when he was doing a local production of Romeo and Juliet at the Riverside Theatre Works. He was looking for a new image to help promote himself in more dramatic roles.

When he called me up to sign up for the Mondays at Matt’s session, we discussed what kind of character he was looking to create for the image and what his goals were for the session. From there, we were able to work out some rough ideas of wardrobe for him to bring to the studio.

We had the amazingly talented Kacie Corbelle on set for all of the sessions planned for the night. She worked with Mark to tweak his hair and a myriad of other mua alchemy to avoid shiny and generally make him look as if he had no makeup on … but in a good way!

She also consulted on the final wardrobe choices, helping to put together a look that was masculine and totally keeping within his character but wouldn’t take away from his face.

The goal for a Mondays at Matt’s session is to build a character portrait strong enough to capture and keep the attention of extremely busy casting people. To that end, after we play with lights and wardrobe, the rest of it comes from a collaboration between the actor and the photographer to work with expressions and mood to find that one image that is the real character.

In this case, the end result was actually a very short on set time. Mark’s character bubbled up from the depths and we went on to work on a variation on that character. Which resulted in a second image from the session.

Now, depending on the role he is pursuing, he has two strong and dramatic images that can either augment his traditional headshot. Or can be used in place of it.

Didn’t make it to this session? Don’t worry! We have had enough demand that we are going to have another session on April 4th. Kacie is booked and we are already making the schedule up. 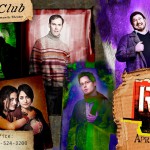 Making the RENT Poster for The Footlight Club 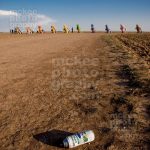