Photographer and Illustrator Collaborate to Bring Seus to Life! Some concepts just tend to evolve as you get into the production. We had originally started with the idea of just the hat and hand, like the original production of Seusical had used.

And this concept made it far enough to be used as a pencil sketch in the Footlight Club’s seasonal brochure.

However, as we discussed it further, Brian Moyer, the producer, and Eleza Kort, the director, kept talking about the subversive elements of Dr. Seuss. It was quite a fascinating conversation, as someone who was raised on the man’s crazy visuals and moralistic tales.

Add to that the evolution that takes place on stage during the production and our image concept just had to evolve.

Our next idea was to pull an homage to Magritte’s Son of Man. We sketched it and even worked with it on set. We were going to float a Seus-esque world behind Max, our model and drop out his head. But, every time we tried, we came back to the fact that a kid with no head was just too creepy to work as a Seusical poster. Besides, Max’s expressions were fantastic!

More and more, we came to identify with the idea of looking over his shoulder and sharing his thoughts as the world of imagination opens up to him.

And that is where we ended up.

The illustration of the world was masterfully created by Brie Frame. 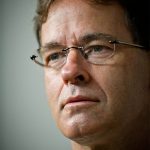 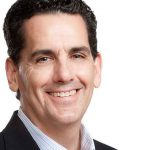 5 Things to Think About Before Your Next Headshot