There are no Accidents in Product Photography

Actually, according to your audience, whether it be as a photographer or marketer, there are no accidents in any of your images or materials. Whatever they see is what you meant to show them.

You could tell them that something was a lucky accident or that it was a mistake and they shouldn’t look in the corner or something.

However, most of the time, photos get seen without the creator there to explain them. They live and die without us. Most often, without us even knowing.

This shot of a wonderfully plated piece of salmon was created by a chef in a conference center in Atlanta. We were brought down to photograph the property and part of the project was to promote the restaurant.

We scouted the location earlier in the day and found a spot that had controllable lighting and was out of the way enough so that we wouldn’t interfere with the service. We also had a frank discussion about what would be in the shot, which way the plate needed to face and what, exactly, would be important and what would be secondary to the story we were creating.

At shoot time, we set up on a “stunt” plate. It was initially, a plate with a balled up napkin on it, so we could set up our lighting. As a result of prescouting the location, I knew that I would use my own lights and turn off the room lights. Using a combination of strobes and hotlights, the shot quickly evolved and the Chef brought out the final plated entree.

A quick brush with some olive oil, a tweak of the garnish and we captured the image.

And, everything in the frame, from the bacon to the wine bottle, is exactly where we meant it to be. 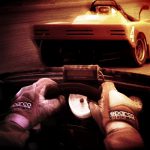