In the lab Photography

I was contacted by a web design company to create a Healthcare Photo Treatment for one of their client’s that was redoing their website.

There is an interesting trend by companies who are doing rebuilds on their company web sites to get custom photography to illustrate their message. They want to use their offices, their labs, their people and their ideas to help reach their audience.

Often, these companies started out with a stock web template, populated by a combination of royalty free pictures and snap shots done on the fly in the office. Which didn’t look too bad… At first…

One client at a bio technology firm in Cambridge said to me, “It looked pretty good, that first sight. Right up to the point where it went live and had to survive in the real world. Then my intern came up to me with links to three other sites who used the same template. And, two more that had the exact same pictures. Not a good way to differentiate ourselves in this space, is it?”

For the project to the left the web designer in New Jersey contacted me about creating custom photography for each of their sections. The goal was to make this site extra special with their own people involved. A few phone calls later, we had a shot list, plan for the shoot day and a date for a location scout of the site.

The location scout helped us to find the locations and see what we could do in the offices, so we wouldn’t be scrambling on the day of the shoot to stay on schedule. We narrowed it down to the two best conference rooms, a couple of cool hallways and an out of the way spot to set up our executive portrait headshot sessions.

Two headshots would end up being done at a later date, due to scheduling issues. However, that flexibility on our part allowed the project to go forward without killing the schedule.

The shoot went without a hitch and the only issue was picking which pictures, out of the many we produced, was the best to illustrate the site.

Interested in more corporate photography?
Check out The Art and Science of Location Photography

Also, 5 Things to Think About Before Your Next Headshot. 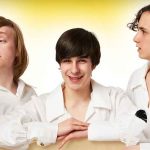 Shakespeare Abridged, The Poster – Creating a Theatrical Poster for Marketing 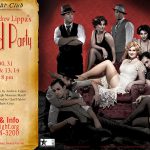