Betrayal, by Harold Pinter: A Poster

So, strip it down to the basics, make it eye catching and appealing and make it a fantasy. What better fantasy than the cover of a beauty magazine? 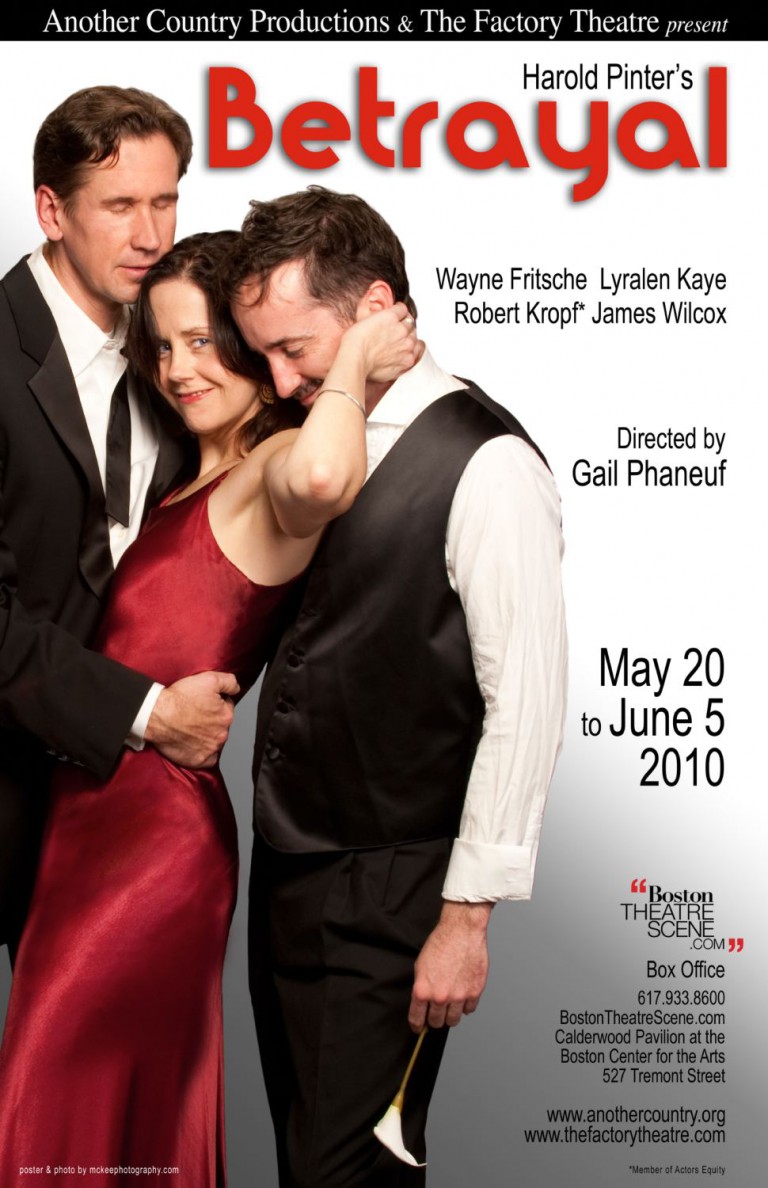 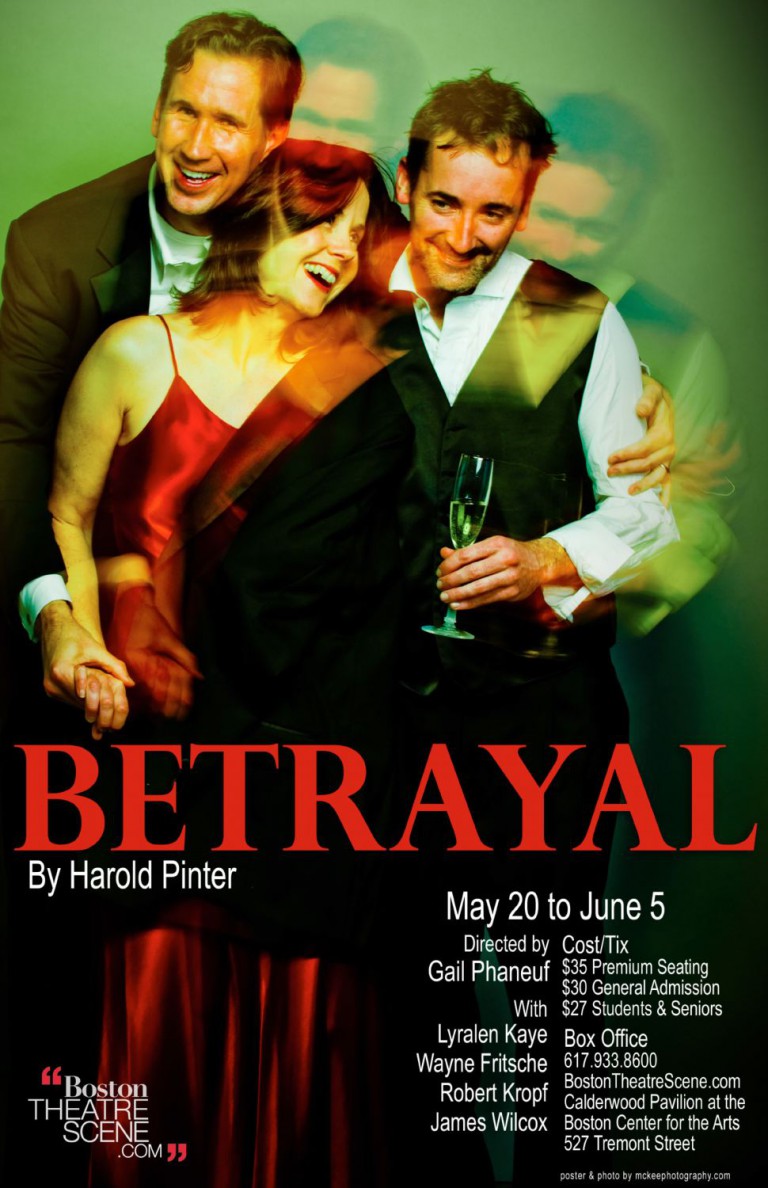 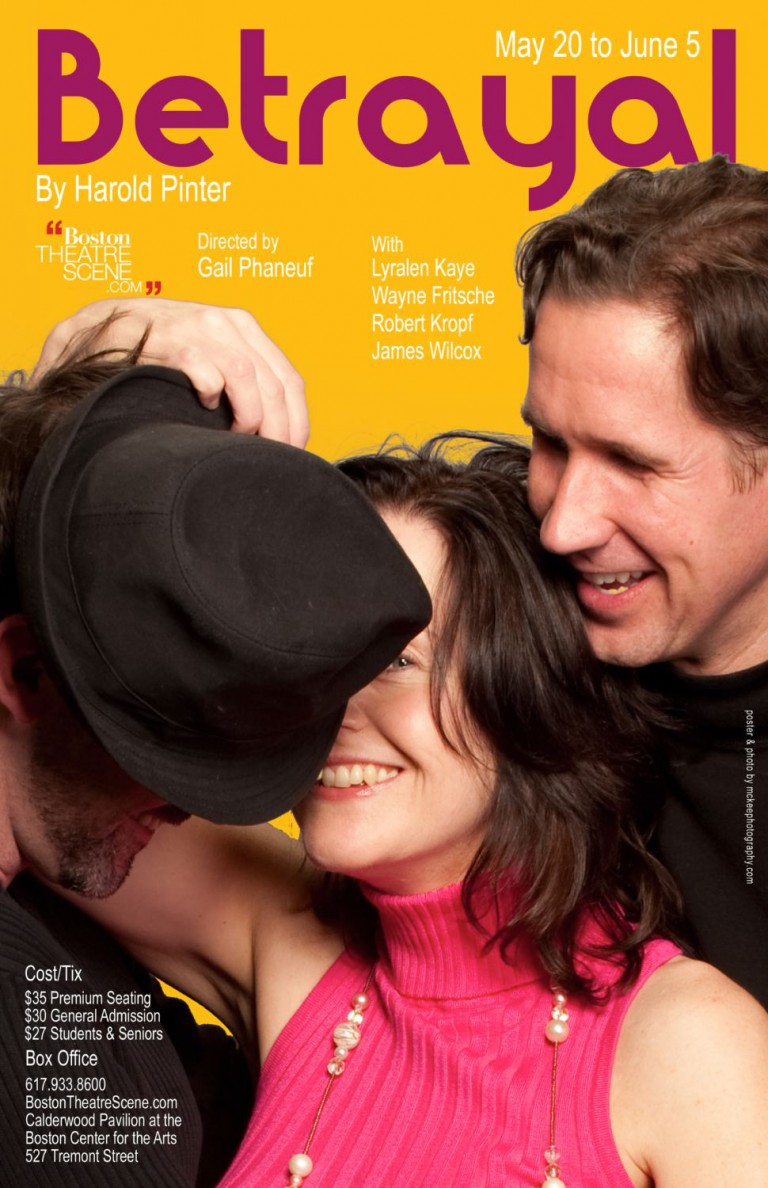 Wayne Fritsche, a wonderful actor I met during The Full Monty shoot (Oh, that is another story…) approached me about working with him and Lyralen Kaye on promotion of their production of Betrayal, by Harold Pinter.

They put together a tremendously talented cast of Meisner trained actors, directed by Gail Phaneuf, who ain’t no slouch either!

The preproduction for the shoot revolved around Gail’s interpretation of Pinter’s script.

Concepting for the poster went through a number of different versions until we evolved into the fantasy world that the three main characters have created for themselves.

But, it also had to be extremely eye catching and resonate with the modern theater crowd.

So, strip it down to the basics, make it eye catching and appealing and make it a fantasy. What better solution than to create a poster that looks like the cover of a beauty magazine?

Concepting, pre-planning, layouts, drawings, mockups – all of these things are really just a warm up for what actually happens during a shoot.

Well, from my seat behind the camera, it was a kind of magic that just doesn’t happen every day.

The photo on the poster may look very simple. However, to me, they look so real because they became the characters and were “in the moment”.

The shoot was an absolute blast!

My thanks to Wayne Fritsche, Lyralen Kaye, Rodney Raftery, Gail Phaneuf and Karin Trachtenberg for making it look so easy!

Madam Mercy and Dr. Phobeus –Steampunk Portraits at the Studio 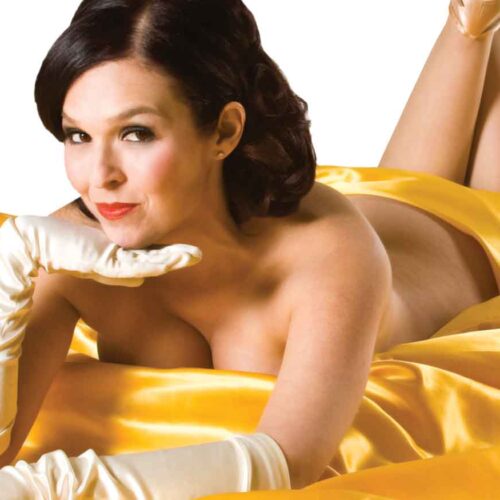 Gypsy Poster for Theater Production at The Footlight Club

I was approached about about this poster before it had even been cast. 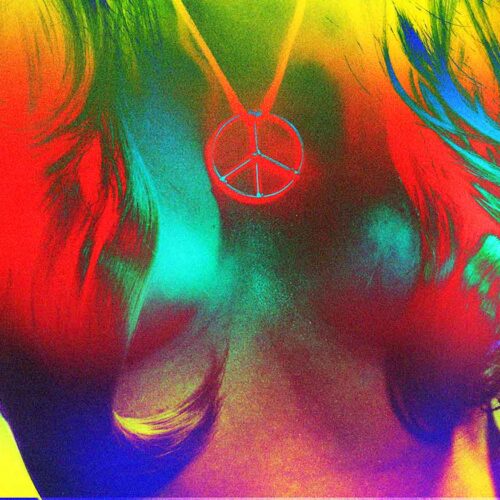 He who stops advertising…

could just as easily stop his watch to try and save time.