The creative team for the production set the story in a post-911 period. Justin Reeves, as Jesus, was dressed and made up to appear as if he had just pulled Mary out of the rubble of a terrorist attack.

The production at Boston’s Strand Theatre, is a powerful retelling of the classic story, rebooted as they say, and set in a post 911 world. 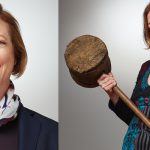 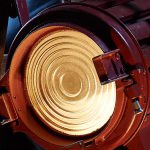