Behind the Scenes Bat Boy, The Musical Photoshoot

Beverly Hall van Joolen, the production’s director watched the shoot and made sure that we were on task for the marketing concepts. Elizabeth Bean, the show’s producer, added her input as well as played the diner waitress for the shoot. Her adlibbing made the show. And, Sara Tess Newman worked the wardrobe for us. Bill Shamlian was on hand as well, doing some audio capture and social media work. 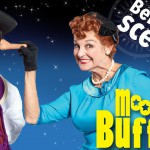 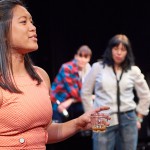