Creating a lobby photo mural for The Norwood Bank

I was contacted a while back by the Norwood Bank, just down the road a piece. They were looking at updating their lobby and creating a mural about the community of Norwood to replace the Sidewalk Sam Mural that they had had up for a couple of decades.

The challenge for us was to create a series of images that could be integrated together, that spoke about the Norwood area, without featuring anyone’s face or anything that would “age-out” too quickly. We had a few meetings to discuss the project and, eventually, started a series of photo safaris into Norwood to explore the town.

At a certain point, we realized that there were a couple of images that we just couldn’t get due to the timing. We had started shooting in early September and the Norwood Town Gazebo was no longer running their summer concerts. Also, we wanted the Memorial Day Flags. Luckily, another local photographer, Dan Busler, who has been shooting locally for years, had images of these concepts in his collection and licensed a couple of images to us for the project.

It was very exciting seeing the project come to it’s conclusion. The fine folks at ADJ Group and Key Sign Co did a great job on the printing and installing respectively.

And, a huge thanks to my fellow collaborators at the Norwood Bank. Carrie, Chris and all the rest who helped with locations and subjects – It was a pleasure working with you all! 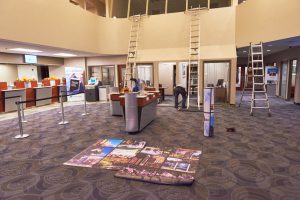 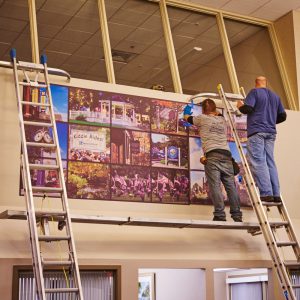 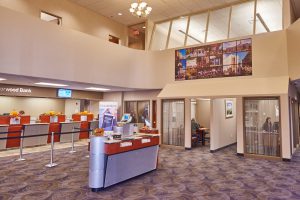 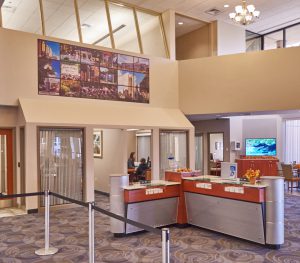 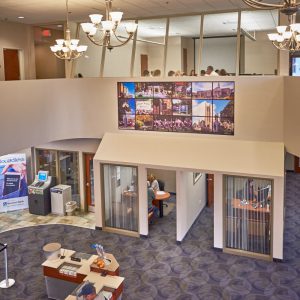 Let’s talk about images to drive interest for your next marketing project! 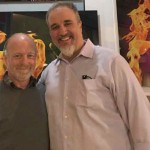 Turning up the heat at Masterpiece Gallery 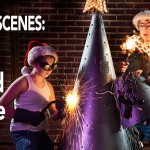