The Year We Gave Away The Recipe…

Get the best Christmas Cookie recipe, along with how other cultures celebrate the season, in this post for McKeePhoto’s Holiday Season Card! 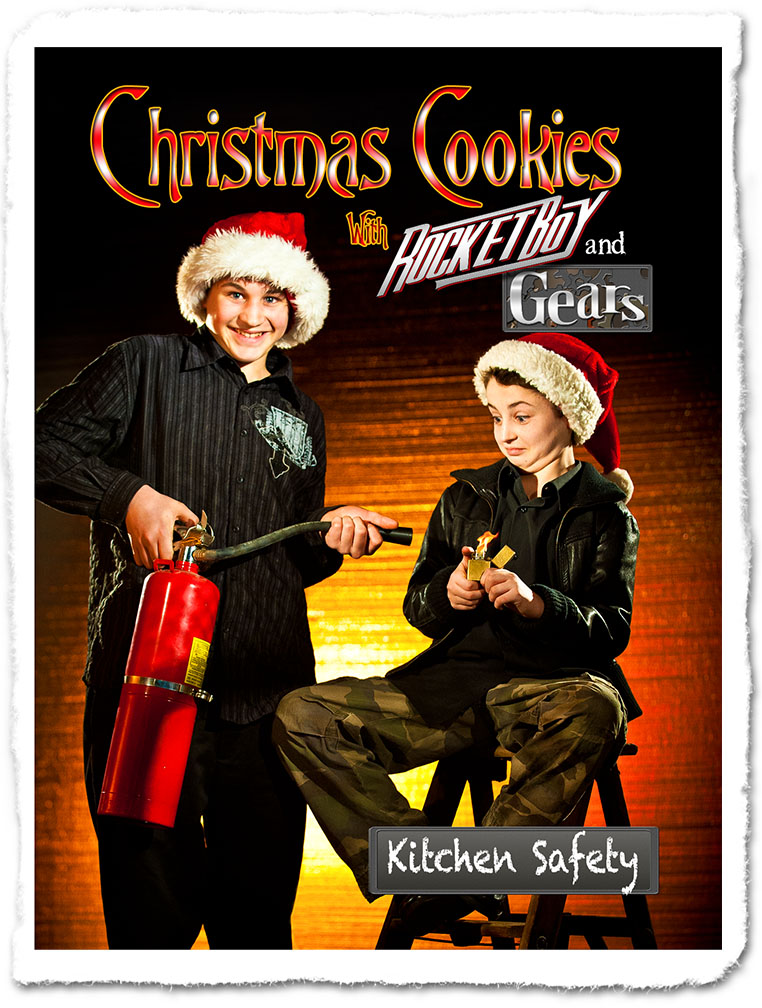 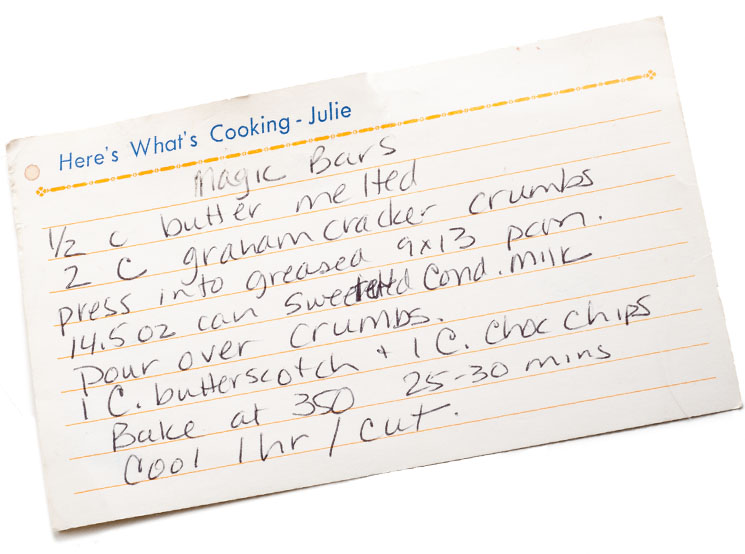 On behalf of the McKeePhoto family, I want to wish you the very best of happy holidays with this McKeePhoto Staff Photograph and my wife’s famous Magic Bar Christmas Cookies.

Nope, probably not what you are thinking… But, they are delicious and addictive!

Thanks for following my various photographic exploits on email, Facebook and here.

It has been a heck of a year and I hope you are looking forward to 2013 as much as I am. Lots of new projects already in the queue and more than a couple of shows coming up too.

However you celebrate the season, may it be filled with joy and happiness for you and yours! 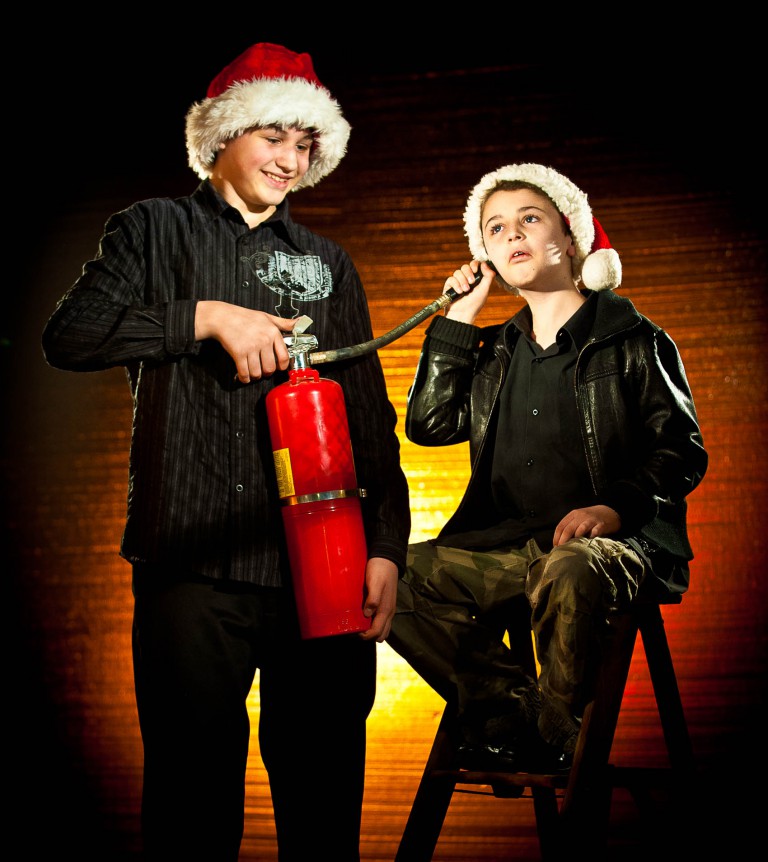 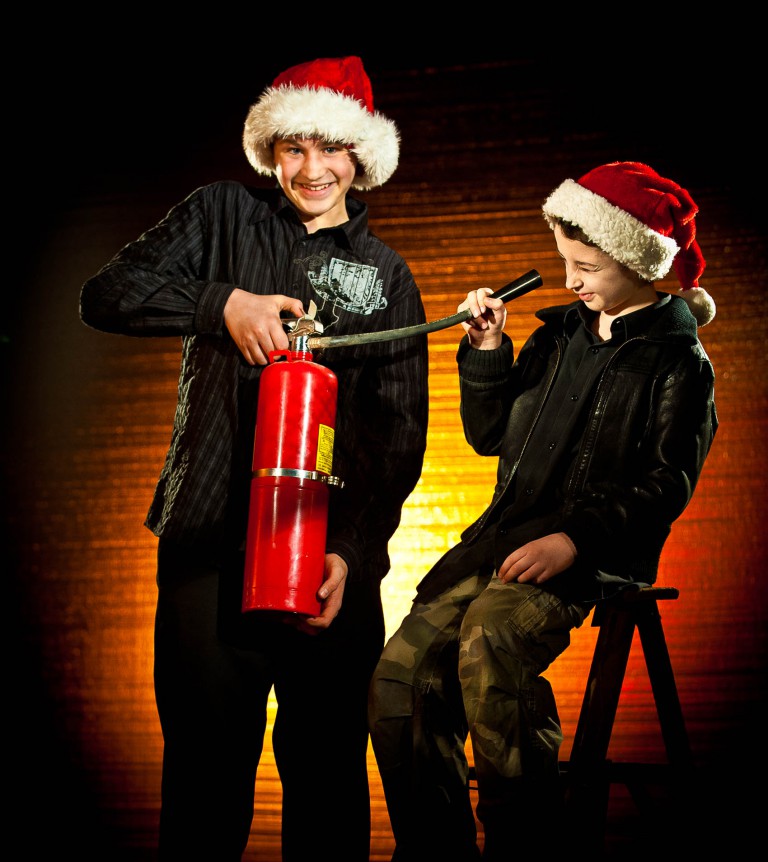 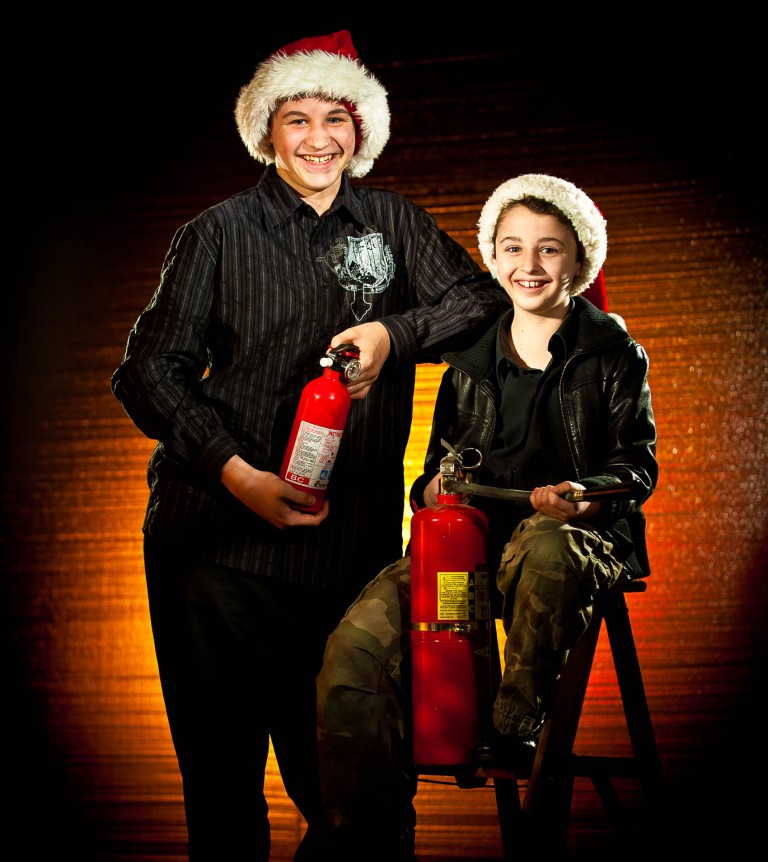 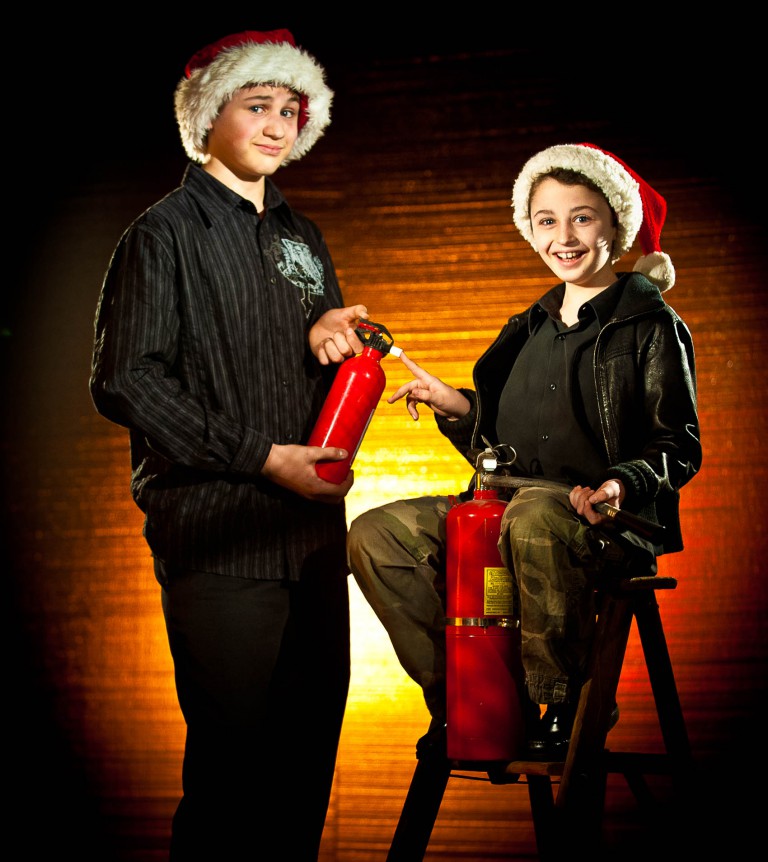 Here’s just a few ways to celebrate the Holiday Season: (Or an excuse to eat Christmas Cookies?)

Saint Nicholas’ Day: A historic 4th-century saint and Greek Bishop of Myra in Lycia. Also known as Nikolaos the Wonderworker, with a penchant for secret gift giving, such as putting coins in the shoes of those who left them out for him.
Beiwe Festival: The Saami, indigenous people of Finland, Sweden and Norway, worship Beiwe, the sun-goddess of fertility and sanity.
Bodhi Day: Day of Enlightenment, celebrating the day that the historical Buddha experienced enlightenment.
Brumalia: Brumalia was an ancient Roman solstice festival honoring Bacchus, generally held for a month and ending December 25.
Feast of Saint Lucy: Celebrating Saint Lucy, a young woman who arrives with lights and sweets.
Winter Solstice: The Sun is at its southern most point in the sky. The shortest day of the year.
Dongzhi Festival: The Extreme of Winter, celebrated by the Chinese and other East Asians when sunshine is weakest and daylight shortest, traced back to the yin and yang philosophy of balance and harmony in the cosmos.
Soyal: Zuni and Hopi people of North America ceremonially bring the sun back from its long winter slumber. It also marks the beginning of another cycle of the Wheel of the Year, and a time for purification.
Goru: Ceremony of the Pays Dogon people of Mali. The last harvest ritual celebrating the arrival of humanity from the sky god, Amma, via Nommo, inside the Ark of the World.
Yalda: The turning point. Shabe Yalda or Shabe Chelle is an Iranian festival celebrating the victory of light and goodness over darkness and evil. Celebrated by staying up late or all night, a practice known as Shab Chera meaning ‘night gazing’.
Burning the Clocks: A Brighton, UK festival procession of lanterns and costumes, made from withies and white tissue paper, led by local bands, with a carnival atmosphere, culminate in a lantern bonfire, accompanied by fireworks. The costumes all include a clockface to represent the passing of time.
Modraniht: Mothers’ Night, the Saxon winter solstice festival.
Ramadan: A month of fasting and spirituality, the ninth month of the Islamic calendar.
Chrismahanukwanzakah: From ‘The O.C.’ combining popular winter holidays to make one big holiday that includes them all.
Lenæa: In Hellenistic Greece, an exclusively female midwinter ritual known as the “Festival of the Wild Women”. In the forest, a man or bull representing the god Dionysus was torn to pieces and eaten by Maenads.
Life Day: The Christmas-style Wookiee holiday from the infamous Star Wars Holiday Special.
Saturnalia: The Roman winter solstice festival, celebrated with a sacrifice at the Temple of Saturn, a public banquet, gift-giving, continual partying, and a carnival atmosphere that overturned Roman social norms: gambling was permitted, and masters provided table service for their slaves. The poet Catullus called it “the best of days.”
Hanukkah: Eight day festival commemorating the miracle of the oil after the desecration of the Temple by Antiochus IV Epiphanes and his defeat in 165 BCE.
Pancha Ganapati: Five-day festival in honor of Lord Ganesha.
Christmas Eve: Annual festival commemorating the birth of Jesus Christ.
Dies Natalis Solis Invicti: Late Roman Empire Day of the birth of the Unconquered Sun.Newtonmas: An alternative to celebrating the religious holiday Christmas, some have chosen to celebrate December 25 as Newtonmas, due to it being Isaac Newton’s birthday on the old style date.
Festivus: An alternative event, in Seinfeld, for those who prefer to avoid normal holiday expectations.
Twelve Days of Christmas: Also known as Christmastide and Twelvetide, a time of continuous feasting and merrymaking, which climaxes on Twelfth Night, the traditional end of the Christmas season. The twelve days and nights are celebrated in widely varying ways around the world. Some give gifts only on Christmas Day, some only on Twelfth Night, and some each of the twelve nights.
Feast of Winter Veil: Holiday season in the MMORPG World of Warcraft.
Yule: Celebrated by the historical Germanic people from late December to early January.
Yaksmas Eve: Ren and Stimpy celbrate Yak Shaving Day.
Malkh: A festival gifted to the Deela-Malkh in Vainakh (Chechen and Ingush) mythology.
Boxing Day: The day following Christmas Day, when servants and tradespeople would receive gifts from their superiors or employers.
Kwanzaa:Pan-African festival celebrated in North America.
Festival of the Bells: The Fraggles of Fraggle Rock ring little bells in order to wake the big bell at the heart of the rock in order to keep it moving for another year.
Saint Stephen’s Day: The first martyr of the New Testament.
Holy Innocents’ Day:  Also called Childermas or Children’s Mass.
Watch Night: A vigil mass in Protestant, Lutheran and Methodist traditions in which the faithful congregate in services continuing past midnight, giving thanks for the blessings of the outgoing year and praying for divine favor during the upcoming year.
Durin’s Day: Dwarven New Years Day. The secret entrance to the Mountain above Dale and Esgaroth becomes visible, in The Hobbit.
New Year’s Eve: The last day of the Gregorian year.
Hogmanay: Scottish New Year’s Eve celebration.
Unification Day: The day marking the Alliance’s victory over the Browncoats and the unification of the planets.
New Year’s Day: First day of the Gregorian year.
Saint Basil’s Day: In Greece, traditionally he is the Father Christmas figure.
Twelfth Night: A festival in some branches of Christianity marking the coming of the Epiphany and concluding the Twelve Days of Christmas.
Armenian Apostolic Christmas: the world’s oldest national Church, part of Oriental Orthodoxy, and is one of the most ancient Christian communities.
Chinese New Year: the end of winter in the traditional Chinese calendar.

The Boys are back in our 18th McKee Photography Studio Christmas card! What kind of peril are they getting themselves into this year?

Our Very First Studio Christmas card, wrangling a one year old and keeping the fire lit in the fireplace. What could possibly go wrong?

The boys are back this holiday for another Tangled Tinsel Tale - our studio 16th annual holiday card photoshoot. Happy Holidays!

Merry Christmas from the Santa Patrol!

The Santa Patrol scans the skies to spot St. Nick and crew!