What are YOU rising for? V-Day Photoshoot

And Then, Entertainment Photography

We put that exact question to the cast of Cambridge Cooperative‘s production of The Vagina Monologues during our photoshoot for their promotion posters. The answers might just surprise you! Check them out at our YouTube channel.

To show support for the One Billion Rising movement, “the biggest mass global action to end violence against women and girls in the history of mankind”, we created 32 posters to illustrate the power of what can happen when people of all races, genders, ages, economic backgrounds, and political affiliations come together to say NO to domestic violence!

To add to the excitement, President Obama recently signed into law the revised Violence Against Women Act, expanding protection to gays and Native Americans who are victims of domestic violence (http://www.huffingtonpost.com/2013/03/07/obama-violence-against-women-act_n_2830158.html?utm_hp_ref=politics).

Join the cast of The Vagina Monologues at the Cambridge YMCA Theater on April 12, 13, 14 and rise above adversity!!! 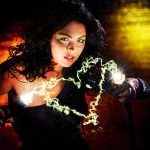 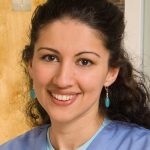