Creative Photography for Marketing Our Town, an American Classic

Marketing Our Town: The Concept

Michael Colford, Katie Swimm and Kathleen Comber invited me to sit down at the Footlight Club, in Jamaica Plain, to discuss their vision for marketing Our Town. Michael is the publicity director and Katie and Kathleen are the director and producer, respectively.

One of their goals for me was to create an image that evokes the passage of time and the time period of the play (1906-1913). They also wanted to avoid using the usual theme of the ladder and moon that is typically used for marketing Our Town productions.

We picked the pocket watch as it was one of the props that the character of the Stage Manager uses throughout the play. And, then they turned me loose in the studio to experiment. 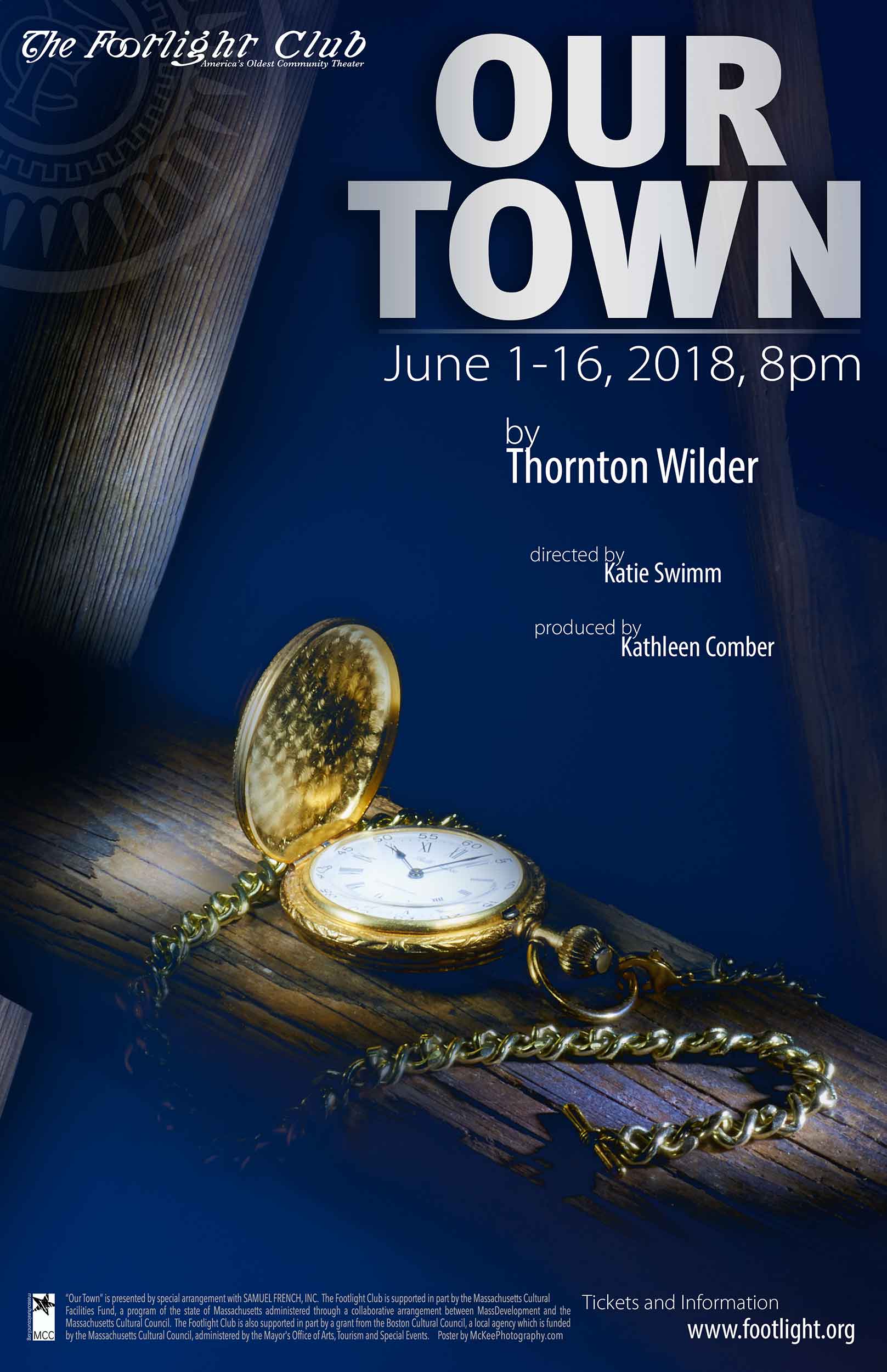 The Our Town Photo Shoot Part 1

For the poster cover, I pulled out an old pocket watch that I had purchased at a garage sale two decades ago. The last time I had it out was in 2009 for a production of A Murder is Announced by Agatha Christie for Paul Conroy at the Newton Country Players.

In the meeting, we had discussed an overall color scheme and a minimalist scene, in keeping with the planned over all look of the production. An old ladder, shown only in an abstract sense, gave a sense of structure to the composition. And, to give it that ethereal look, I resorted back to an old style of light painting. In a nut shell, it means that I used a flashlight to “paint” the light where I wanted it.

When I first used this technique, I was shooting on film. So, it was an all or nothing approach. I either got all the parts painted on the film, or I didn’t and had to do it again. Of course, since the film had to go out to be developed, there was a large element of “I hope we got it!” involved.

With the advantage of Adobe Photoshop’s layers, I was able to build up light in different areas and in different captures.Then, I could assemble the captures as different layers in a Photoshop file and paint, or mask, the areas I wanted to keep.

Check out Our Theater Photography 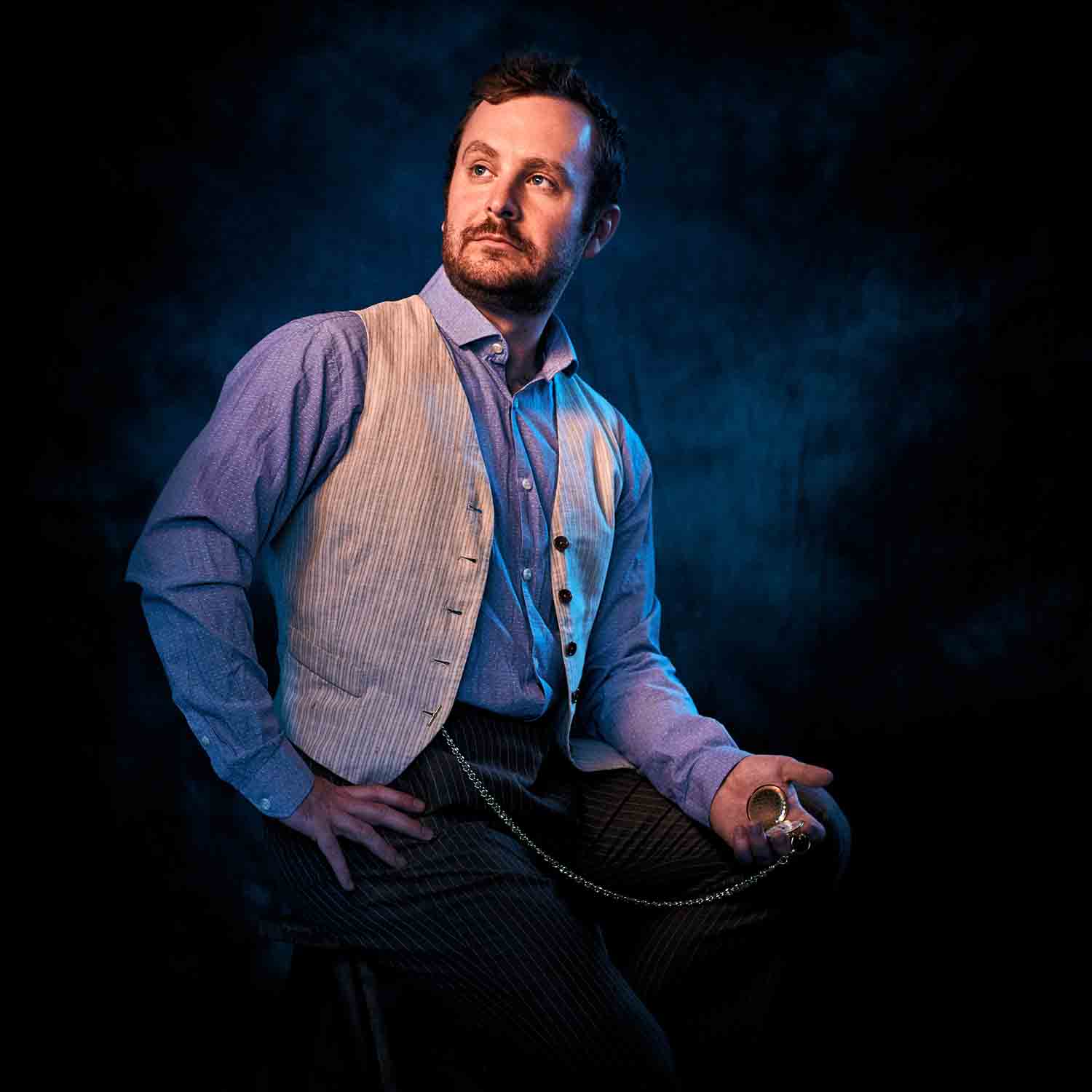 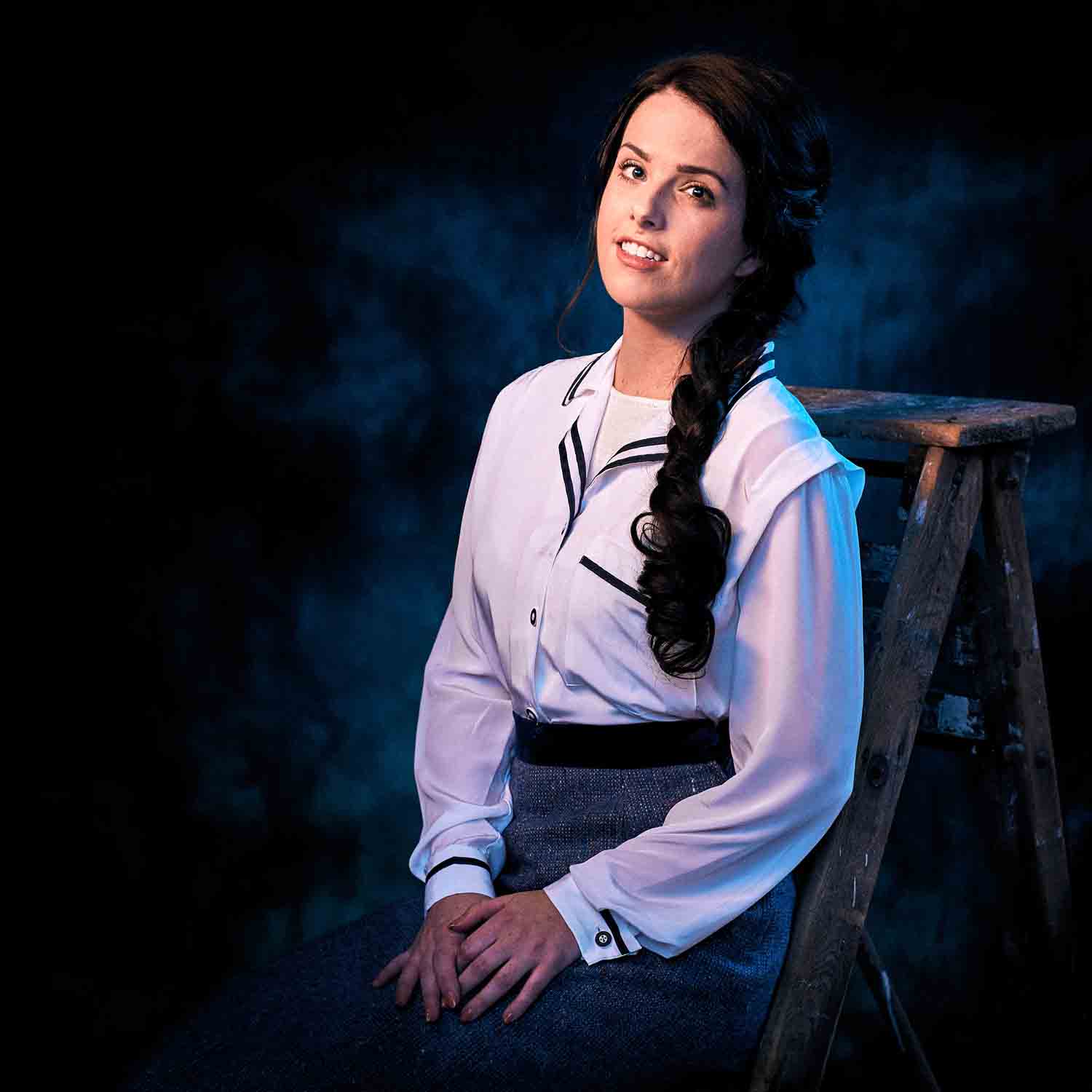 The Our Town Photo Shoot Part 2

While we wanted to keep with the esthetics of the production, we also wanted portray the characters as more alive and fresh. Each one has their own sense of humor and personality. We didn’t want them to look stern or dower. So, we went dramatic with the lighting but kept the expressions softer. 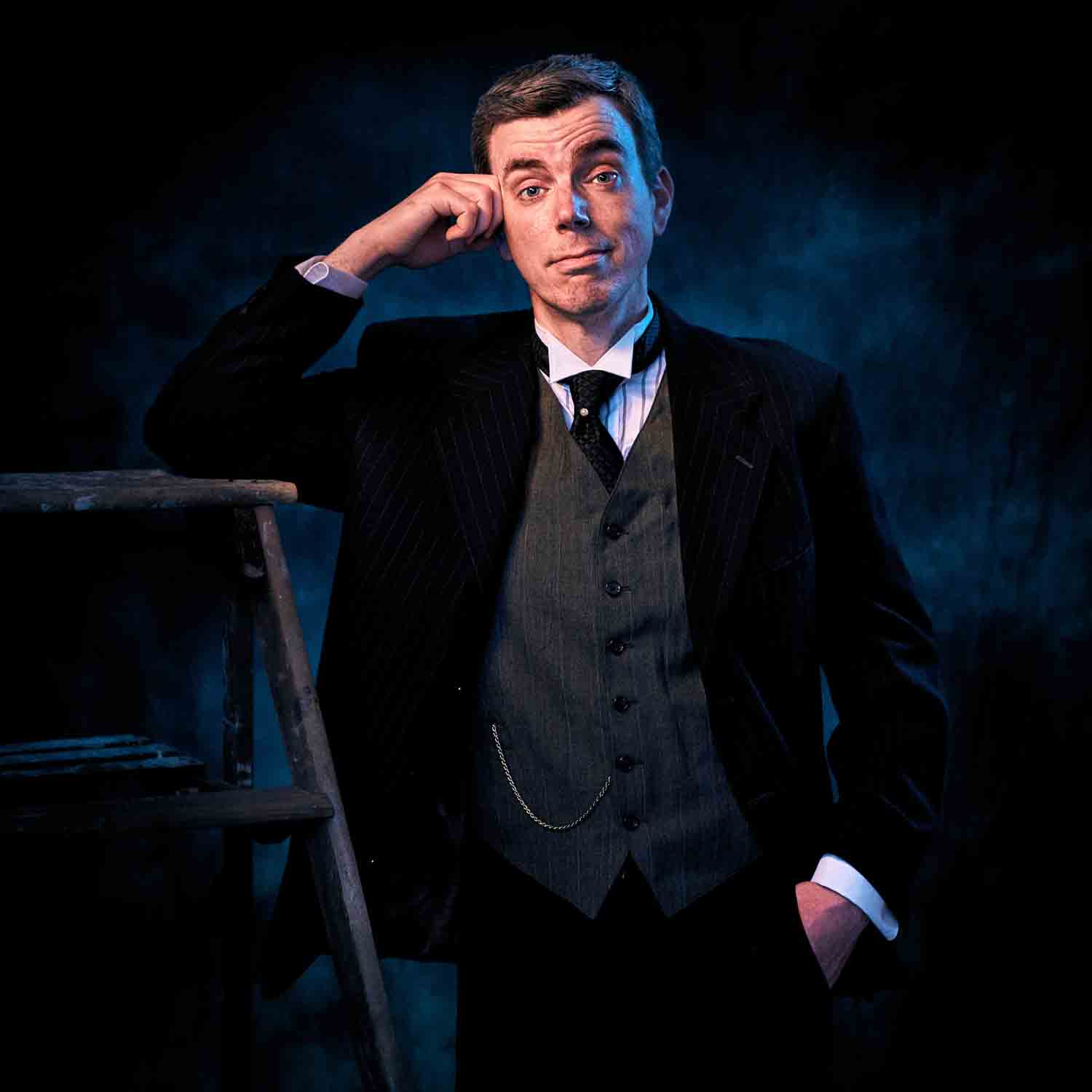 Patrick O’Hanlon as Dr. Frank Gibbs in Footlight Club’s production of Our Town 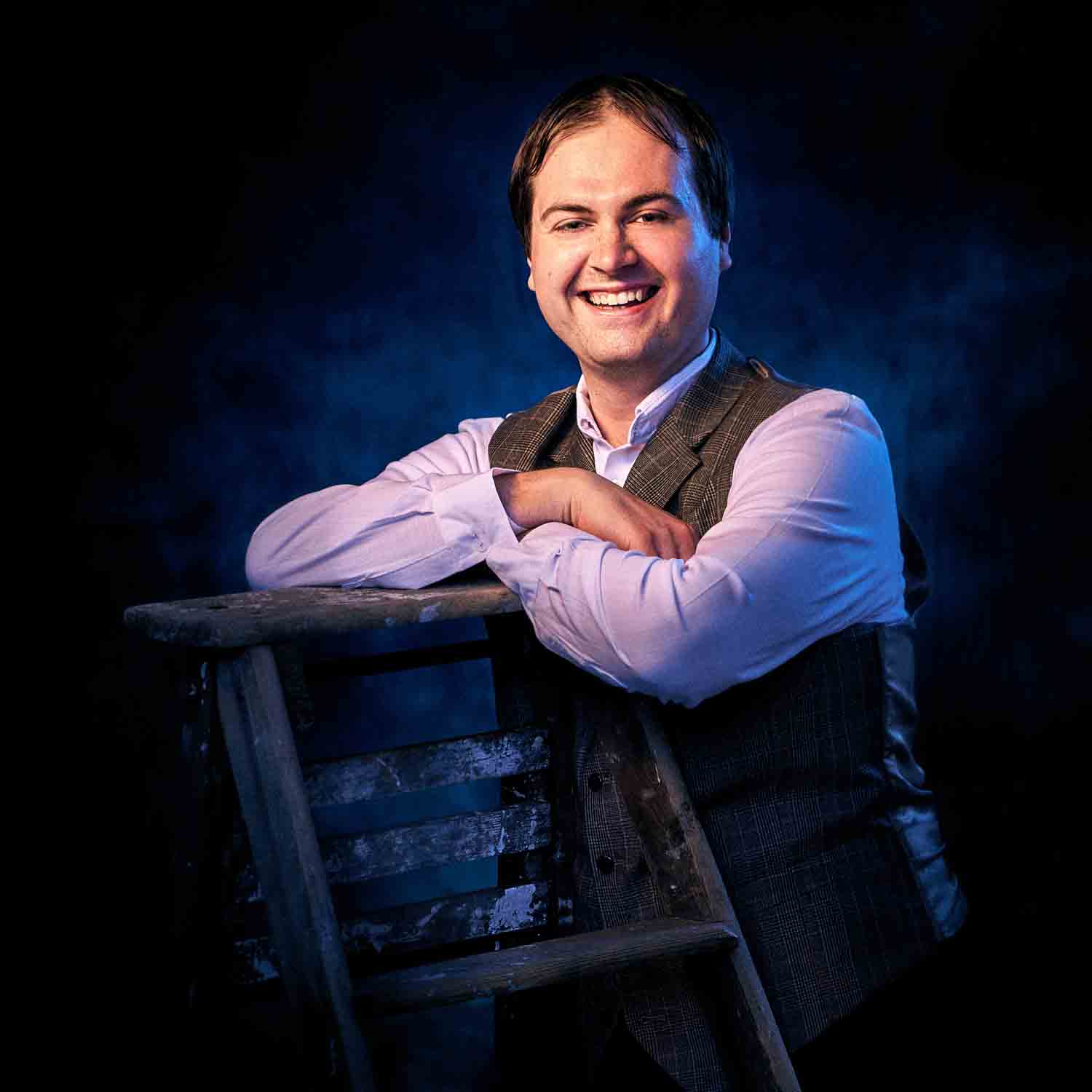 In marketing any production, a lot of the tasks fall to the cast and crew to get the word out. We got a banner printed for the street entrance to the club, as well as posters that the team could take to work and distribute around the Boston area. We also got postcards printed up for the club’s mailing list.

For digital sharing on instagram and facebook, the poster was reconfigured several ways to fit the various pages. And, the character portraits were shared out to the cast and crew for their own instagram pages.

As always, a huge thank you to the Footlight Club and the cast and crew for inviting me to collaborate with them on the marketing for their production! Break a leg, gang! 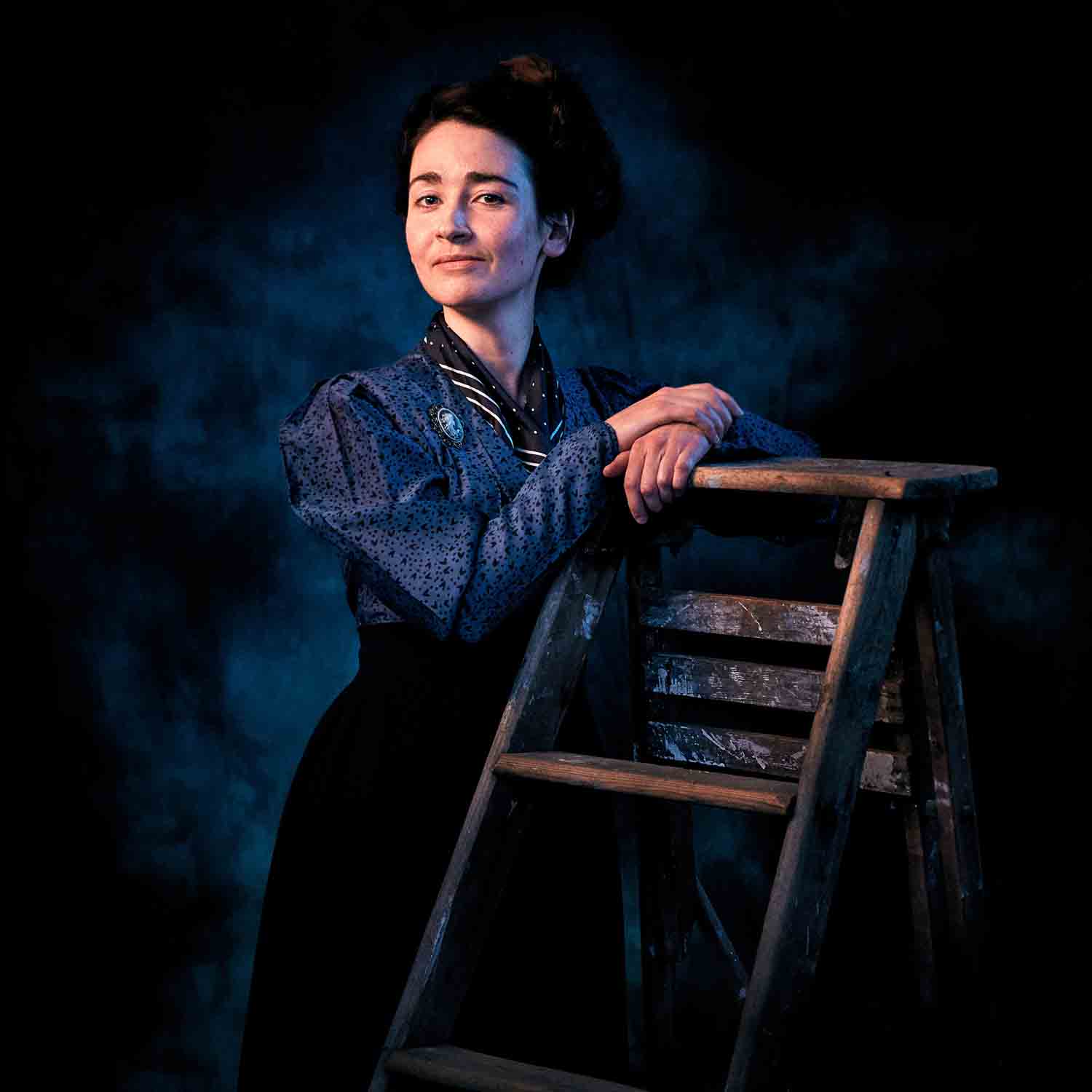 Nicole Frattaroli as Mrs. Gibbs in Footlight Club’s production of Our Town 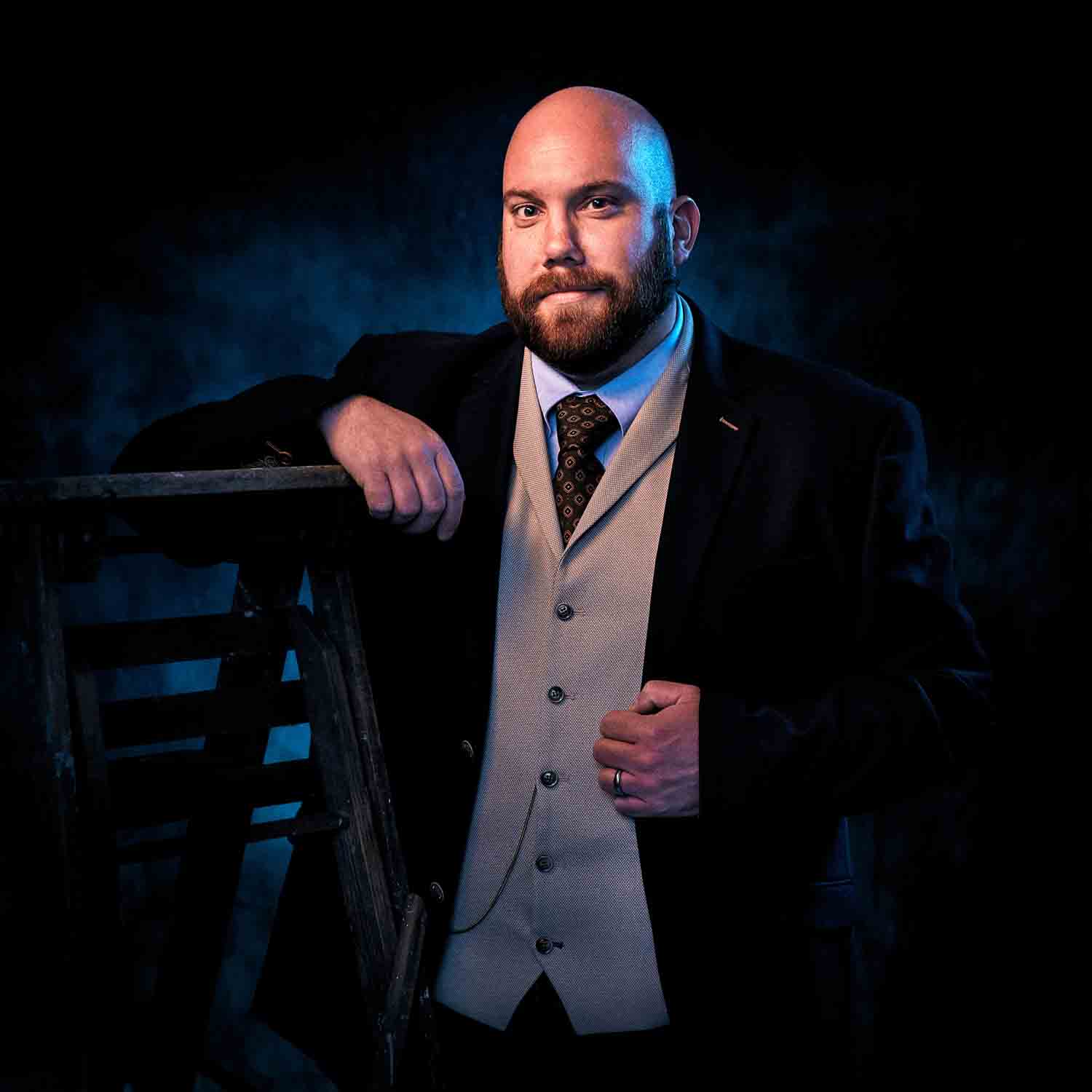 Zach Best as Mr. Webb in Footlight Club’s production of Our Town 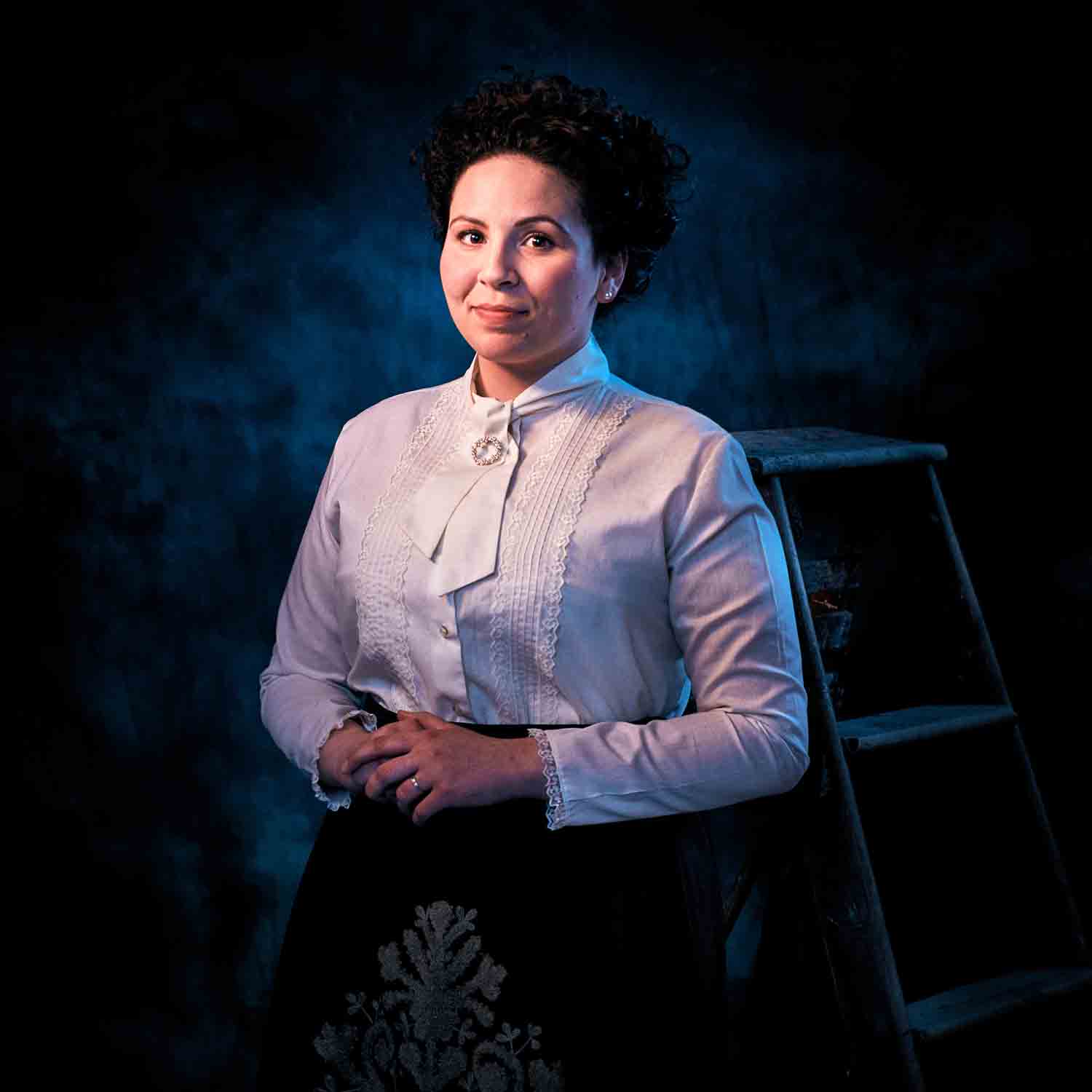 Rose Kanj as Mrs. Webb in Footlight Club’s production of Our Town

Publicity for your Theatre Production! 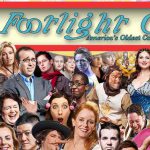 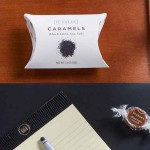